FAD was founded on 27 December 1961, following the decision of the workers' council of car factory FAP from Priboj on the opening of facility of its factory in Gornji Milanovac. It was envisaged for the new plant to produce control and spare parts exclusively for vehicles of FAP. In 1964 the production program of FAD was definitely determined: joints and tie rods for all types of vehicles and tractors.

1978. due to a considerable growth of the production range, FAD invests immensely in the equipment and facilities and enlarges its capacity to four million of ball joints, and joints for passenger cars.

1985. a new investment into the building of a warehouse, tool room, maintenance workshop and the administration building, which rounds up the process of production. The company expands its production program and becomes the main and unique manufacturer of tie rods, ball joints and torque rods for the needs of the car manufacturers – direct assembling at the vehicle producer, and production of spare parts in the domestic market, with the considerable export.

The whole product programme of FAD was certified according to ISO 9001 certificate.

1999. the company transformed into joint stock company FAD a.d. for the production of steering and suspension parts for all kinds of vehicles; they also develop the range of parts in the field of truck and bus programme of domestic producers as well as foreign companies.

On 7 September 2015 Company Metalac became owner of FAD, and the new company was renamed to Metalac FAD Ltd. The FAD Brand has been maintained for the entire portfolio of products, which today includes control and suspension parts of motor vehicles - joints, tie rods, torque rods,
suspension joints, oscillating arms and repair kits.

Every day along world wide highways and roads flow long lines of motor vehicles. These long lines are huge, longer and longer and more noticable. Having extremly important function, the FAD built in parts on these vehicles, unobtrustive but vital, "travel" too.

Steering links and control drag links, wheel joints and parts produced by FAD enable continuity and safety of these long lines motor vehicles movement, solving at the same time the most problems of steering and supporting by putting them under full control of human brain and hands. Bz this, the movement of the long lines vehicles depends on a human being will. 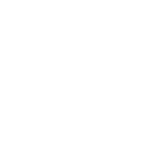